“Golden Pine Award” is geared toward the mobile payment industry and has been held for the second year in 2016. The award winners were announced on the 10th Payment China Summit that was organized by Shine Media, Shanghai Pudong Finance Promotion Association, and the mpaypass network. 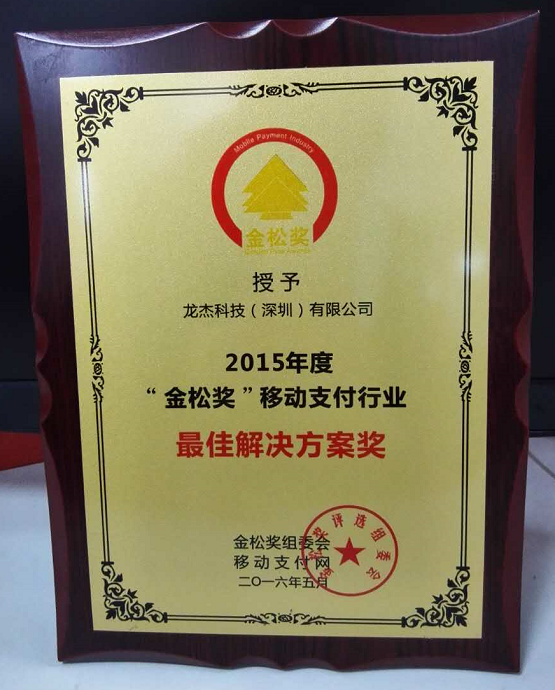 By the end of 2015, most provinces across China had realized the networking of expressway ETC. Statistics show that by the end of 2020, the car ownership in China will be 200 million; the mileage of expressways in China will amount to 160,000 km; and there will be 7500 toll stations on toll expressways nationwide. But problems also come when the construction of expressways accelerates to increase the traffic mileage: inefficient manual toll collection, traffic jam and environmental pollution near toll stations. These impose considerable pressure on government and highway management departments. Above all, the corresponding problem to be addressed lies in the inconvenience for 21.05 million ETC users to top up ETC cards and check their balance.

For this reason, ACS has followed the trend of mobile networking, to launch the ETC mobile top up solution. So far the solution has been successfully used in expressways in Beijing, Anhui, Zhejiang and so on. It helps toll road operators greatly enhance operation and management efficiency, reduce manual service cost, and improve the level of service. And not only that, these ETC card users can now access the convenient top up service for "one card, all pass" on expressways.

Advanced Card Systems Ltd. (ACS, wholly owned subsidiary of Advanced Card Systems Holdings Ltd., SEHK: 2086), founded in 1995, is Asia Pacific's top supplier and one of the world's top 3 suppliers of PC-linked smart card readers. ACS is the winner of the Product Quality Leadership Award for Smart Card Readers from Frost & Sullivan. In 2010, 2014 and 2015, ACS was listed in Forbes Asia's “Best Under a Billion" list, an inter-industry list comprised of 200 top-performing publicly listed companies in the Asia-Pacific, with sales between US$5 million and US$1 billion. ACS develops a wide range of high quality smart card reading/writing devices, smart cards and related products and distributes them to over 100 countries worldwide.

A leader in the smart card industry, ACS has the technology, expertise and global resources to facilitate an easier adoption of smart card applications in different industries across the globe. ACS Technologies (Shenzhen) Ltd. (wholly owned subsidiary of Advanced Card Systems Ltd.) focuses on offering service to customers in China. It seeks for cooperation with various types of Chinese partners. Visit ACS at https://www.acs.com.hk/.

Golden Pine Award for the mobile payment industry is held by the mpaypass network (http://www.mpaypass.com.cn/). As many well known enterprises have participated in the contest, it is sometimes called the Oscars for the mobile payment industry. The 2015 Golden Pine Award contest lasted three months and 66 enterprises have competed for the award. Finally 15 experts together with 60 thousand professional readers selected the winners for eight categories, which included Excellent Enterprise, Most Potential Enterprise and so on. The award winners were from IT, science and technology, finance, all-in-one card, payment, NFC, and other sectors. The event was lavishly supported by over 20 medias organizations and more than 10 guest judges. It has been actively participated in by netizens.